Coming to the final round of the Women French Championship with a strong lead, Amandine Verstappen had all the cards in her hands to get a third consecutive title in France. She was again dominant in Ecublé, and she offers to team 9MM Energy Drink BUD Racing Kawasaki a second French title.

Since her first attempt in the French Championship in 2019, Amandine remains unbeaten in the French series and this year again she did the perfect season winning the twelve rounds of the championship! At Ecublé she once again dominates the race program and had no rivals to compete with her, as she got the pole position, got two holeshot and won both races with a comfortable gap. A good day for her, who is now focused on the last two rounds of the Women World Championship: Spain (October 17th) and Trentino (October 24th).

Amandine Verstappen: “Another good day in the box, starting with the pole position in the morning, more than four seconds in front of my rivals. I had a good feeling on the track; as it was raining earlier in the week there were some deep ruts so it was pretty technical. I grabbed both holeshots and won both races, what else can I say? It was another perfect championship; I did the job in France and now I’m focused on the last two rounds of the World Championship. I want to thanks all the partners who help me, and of course team 9MM Energy Drink Bud Racing Kawasaki. » 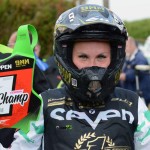 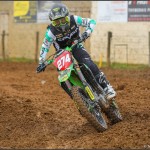 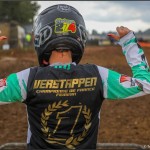