Team Bud Racing Kawasaki was involved this weekend in its second pre season event of the season, just one-week prior the opening round of the World Championship in Argentina and once more Brian Moreau was one of the fastest MX2 rider on track.

After Mantova two weeks ago, Lacapelle International was the next stop for the team who unfortunately could only line up Brian Moreau as Brian Hsu suffers a lower back injury while practicing earlier last week.

For his second race of the season Brian Moreau showed again tremendous speed all day to lap within half a second of pole during MX2 qualification. Coming from the sixth to the fourth position in the opening MX2 race, Brian was fighting for a podium result but lost his chances and three positions during the second part of the race. He got a great start in race 2 and pressurised the eventual double winner during the early laps, finally losing his rhythm after several attacks on Watson, fourth strongest MX2 rider last season in the World Championship. The teenager set the second fastest time in this race, but his relative inexperience of world racing came into play during the later stages of each race as he tensed up and slowed to finish sixth. But Brian can fly confidently to the opening GP secure in the knowledge that he has the speed to succeed.

Brian Moreau: “It was a decent day and a good training before the first GP, even if I know that I still have some extra work to do. My speed was good and I was fighting with Watson in the second race but physically I’m not ready yet to keep that speed for the entire race; I posted the second fastest lap time, but later in the race I got stomach cramps. Overall I’m happy with the result as this track is not an easy one; in the Super Final it was difficult against the 450 as they shower us with stones.” 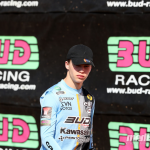 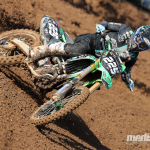 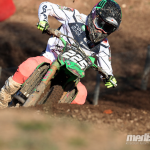 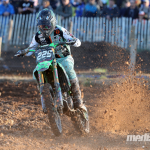 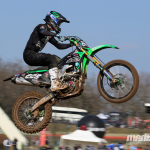 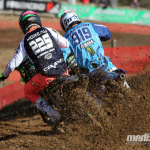