Team 9MM Energy Drink BUD Racing Kawasaki was in Normandy this weekend, for the final round of the French Elite Championship. No goals in this championship this season for the team as four rounds were organised the same day as a European Championship, but another good opportunity for our riders to perform, with a second position for Quentin and a fifth for Eddie.

After some showers in the morning the track at Basly was in perfect conditions for the races, and many spectators came to watch this final round. Fastest rider in the timed practice period Quentin Prugnières was twice in contention for the win, as he got two good starts and battle with GP riders to score in both races a second position. Third of the event, he confirms his progress since a few races and so did also Eddie Wade. Fourth of this qualifying group, Eddie did both motos in the top five, just losing time in the first race with a crash; fifth in both motos and fifth overall, he will now make a little break as the next European round is scheduled on July 23-24 at Lommel.

Eddie Jay Wade: “It took me some time to get going in qualifying and then some traffic at the end of the session but I was happy to finish fourth. First moto I came third very quick after an average start, then had a small crash but took some time to get going and then came back to fifth very happy with my riding. Second moto a very good start in second but at the start of the race I was tense and some guys passed me but then at the end I was back in fifth. Now I need to get the first part of the moto together and then the podium is there.” 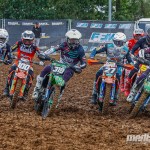 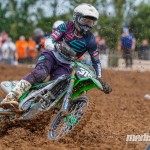 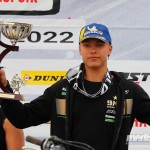 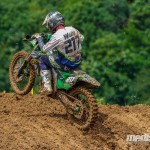 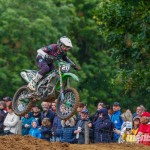