New race of the Spanish Elite Championship, the perfect track of Calatayud (Aragon / Spain) also welcomed on this sunny Sunday, April 18th a selection of European riders who came to enrich the line-up, among which the 9MM Bud Racing Kawasaki riders doing their first preparation race for 2021.

Honor to the young riders…

The last recruits of the team, the Coenen brothers Sacha 19 and Lucas 93 have perfectly held their rank for their beginning in the 125cc succeeding together a great performance. A very good start for this season which looks promising. 2nd and 5th of the overall classification, both have shown good dispositions technical, physical, and especially mental after a difficult qualifying session. The debriefing and analysis by the brothers : Sacha is talking :
“I had a bit of a difficult start to my weekend, falling twice in the qualifying round. Despite a DNF and the worst place on the grid ( 39th ! ), I was 3rd on the first lap of the first moto. I crashed while overtaking my brother. I came back close to the race leader and I finished second. I started better in the second moto, during the whole race i was close to the leader but I dropped a little bit to finish 3rd, inevitably a little disappointed. »

Lucas 93 Coenen :
” I didn’t do good lap times, but I finished 7th in the qualifying round after a good “remontada” ( 27th after a crash at the beginning of the race). On Sunday, in the first moto, I made the holeshot before being passed. I tried to overtake the first rider but I crashed with him. Nevertheless, I ended the race in the 4th place. During the second moto, the start and the pace were worse than in the first race, I lost the grip and I crashed again. I finished 5th at the overall, I could have done better but it’s for me for the resumption after my long break due to an injury “.

More complicated for our 250cc rider…

Less success furthermore for the new 250 rider Quentin 319 PRUGNIERES in MX2, in difficulty with his starts. Like his young teammates, the qualifying session will not meet the expectations of the Team ( 15th ) as well as the races below the potential despite an improvement in the second race : 13th overall of the weekend.

The final interview by Quentin : “After a disappointing start on Saturday, I have been able to progress during the weekend despite my bad starts. Like my teammates, I have fallen in both races and I know how much I have to work and perform, increase my pace this week-end because I lacked a little physicality, especially in the second race. »

To close the 125 / MX2 chapter, our three riders are agree on one point : their KAWASAKI is performing well and the training put in place by the coach Thierry VAN DEN BOSCH is efficient. Thanks also to their families for their unconditional support. To note the presence of some guests partners ( St Gobain / Norton Spain ) came to honor us with their presence. Special thanks also to all our precious sponsors, 9MM Energy Drink and Kawasaki in first.

Finally, our woman rider Amandine 274 VERSTAPPEN was also there, engaged in MX2 with the boys. Victim of a crash and a shock on the head, she had to give up during the practices and will not take part in the races. The scanner performed at the hospital will not reveal any abnormality. However, she will have to be quiet this week.

Next race in 2 weeks in Madrid ! (Talavera de la reina). 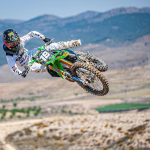 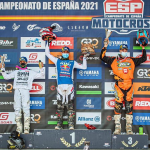 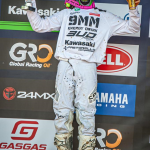 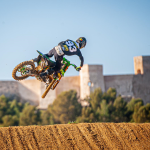 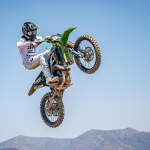 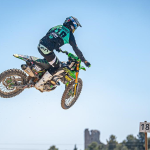 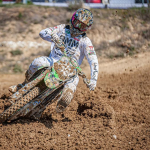 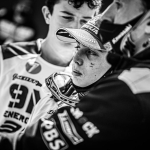