Last week at Magescq he could have an advantage as he knew pretty well the Bud Racing Training Camp, but at Hossegor it was different as he never put the wheels of his Kawasaki on the beach before this weekend. But that was not a problem, and Quentin won his second consecutive Beach Sand race.

As the Motocross championships ends a few weeks ago, Quentin and team 9MM Bud Racing Kawasaki have been involved in two rounds of the French Sand series. Racing against some rivals who are sand riders since they start riding a motorcycle, Quentin show a good potential last week at Magescq and again at Hossegor this weekend. His start was better than last week, and he didn’t wait too long to take the leadership of the one hour and a half race; riding among the lappers is always a challenge, and even if he crashes after one hour of racing Quentin won this race to remain unbeaten on the French sand.

Next Saturday Quentin will be at Paris Supercross to defend also the colors of Team 9MM Energy Drink Bud Racing Kawasaki.

Quentin: “It was a good day, everything was OK. My start was better than in Magescq, and it didn’t take too long to get the lead. I had a small crash after the first hour, but no consequences; I had to be careful with the lappers until the end, but it was OK. I’m not totally happy with my riding, but the result was good and now we start training in Supercross for next weekend!” 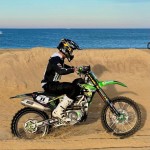 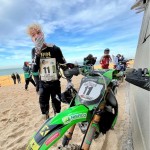 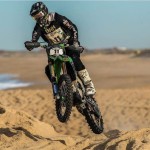 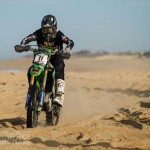