After the second position 15 days ago during the first preparation race, the 9MM Energy Drink Bud Racing Kawasaki team conquier the victory.
This time it was the turn of the elder COENEN (by size, remember that Sacha and Lucas are twins) to “score” very big points winning the overall classification in Talavera on this Sunday, May 2, south of Madrid (4th round of the Elite Spain championship).

A track that all the riders of the Team discovered.

After a smooth qualifying round (2nd place for Sacha, 7th for Lucas), our two young riders had legitimate ambitions of victory for the races. In the first moto, after a start in the 19th position, Lucas finished 5th, but not without having shown some demerit. Sacha led the race from the first lap for 20 minutes with great domination until he was a victim of a small technical incident forcing him to abandon. During the second race, Lucas COENEN showed great aggressiveness on the track to conquer with panache his very first victory in the 125cc category. Sacha finished in 7th position under the chequered flag after two crashes in this round, a ranking that does not reflect his enormous potential. Overall victory for Lucas.

Also, 2 representatives of the Team 9MM Energy Drink Kawasaki were present this time in category MX2 (250cc). Honor to the ladies with a deserved qualification for Amandine 274 VERSTAPPEN who after finishing in 27th place will finish in an honorable 25th position during the race 1 in the middle of the boys (3 women in a track on 40 pilots). During the second race, the Belgian will even occupy for a moment the 15th place then will have to let go at the end of the race.
Better for Quentin 319 PRUGNIERES…

The young native of Reunion Island is getting stronger and stronger during this second event in Spain. 7th overall, Quentin will fall during the first start but will go back to the 11th place of the first race (after having obtained the best chrono of the warm-up) and will clearly raise the tone to catch this time a top 5 during the second race.
The last word for Quentin 319 PRUGNIERES : ” I was quite happy with my overall performance even if I didn’t succeed. In the beginning, I was in a good rhythm because I got the 4th fastest time. In the first race, I fell at the start and left in the 40th position, but I came back to finish in the 11th position. In the second race, I was in the first 10 this time and with a good start, I can pretend to be with the leaders. WE satisfying overall !”

Next race : Ernée ( French Elite Championship ) the next 6 June. 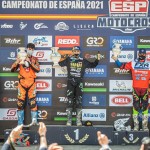 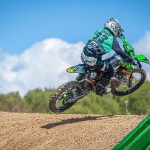 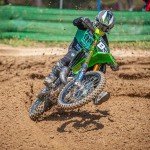 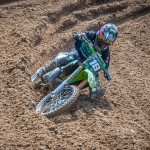 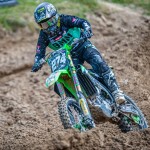 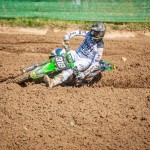 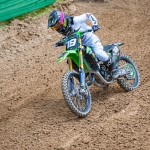 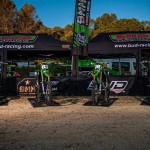