After the muddy round at Gueugnon, team 9MM Energy Drink Bud Racing Kawasaki was happy to find good weather at Castelnau de Levis in Southern France. It was a good round for our riders who perform well; Quentin end the day tight in the points for a podium spot, while Eddie did his best race since he joins the team.

Castelnau de Levis is a real Southern French track, and if it was not a novelty for Quentin it was another story for Eddie who discovered this typical layout. Third rider in the timed practice period, Quentin got twice a good start and nearly missed the holeshot in the second moto; with two good starts he battles twice for podium results. He got it in the first race with a third, and finishes fourth in the second one to end the event tight in the points for the third position overall; he was classified fourth, as his rival had a better result in race two (3/4 for Quentin and 4/3 for Teillet). Tenth in the practice session, Eddie had a poor start in the first moto but did a good race to come back tenth; in the top eight at the second start he did another strong race on this hard ground to finish sixth, his best result so far this season.

Next race for the team is the European Championship at Maggiora (Italy) in two weeks’ time.

Quentin Prugnières: “Of course disappointed to end so close to the podium. Among the positive points I nearly got the holeshot in the second moto, but we must continue to work as my riding could have been better after this great start.”

Eddie Wade: “A good day! First race I didn’t get a good start, rode very well to come back tenth. Second race a very good start behind my team mate, I just lost two positions but there’s a lot of positive to take from this weekend. This morning it was hard to get used to this track, as the grip was different from one section to another.” 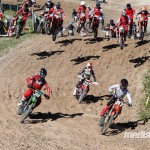 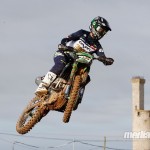 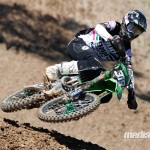 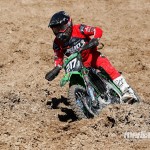 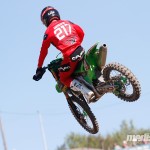