From Spain team 9MM Energy Drink BUD Racing Kawasaki moves to Italy and will stay nearly two weeks at Arco di Trento for three GP’s. Last Saturday Amandine Verstappen and Lucas Coenen were racing, while Sacha was only a spectator after his wrist injury in Spain.

No time to rest since a few weeks, and we still have four more races in Italy at our program until mid November! On Saturday it was the sixth and final round of the Women World Championship, and Amandine Verstappen scores a fifth position. She did a great opening moto as she did most of the race with the triple World Champion Courtney Duncan (2019-2020-2021), but in the second moto she was missing some rhythm and could only finish eighth; fifth overall, she ends the season sixth in the standings.

With a painful wrist, Sacha wasn’t racing this weekend and Lucas Coenen represent the team in the Euro 125. Tenth behind the gate he didn’t got a good start in the first moto, and on this track he didn’t felt as comfortable as usual and came back from twentieth to twelfth. His second race was much better with a third position; fourth overall, he is currently fifth in the standings before the next round this Tuesday, where the Euro 250 will be also in action

Lucas: “Not a great day for me, even if the timed practice session was OK with a fifth position in my group. My first start was not good, I was far in the pack and didn’t had a good rhythm, not enough aggressive. I finish twelfth, not good at all! At the second start I made a great opening turn to come fourth, then later I passed Bruce for third but the two leaders were too far. I finish third, with a better start it would have been possible to race for a win.”

Amandine: “The first race was OK, I did all the race in the top four near Courtney Duncan; in the last part of the race I felt physically tired, but happy with good lap times during the race. My second start was not that good, then I didn’t had a great feeling on the track; now we’ll have a break, and then go back working, we know what we have to do this winter to continue to improve our results.” 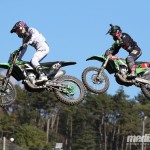 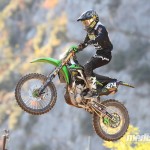 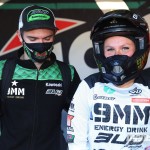 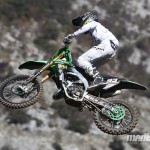 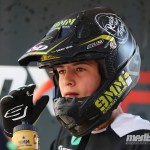 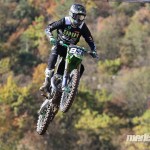