Fastest rider in his qualifying group Lucas moved quickly from a third-placed start in race one to take the lead quickly and sprinted clear at more than two seconds each lap before easing back through the final laps for a still-comfortable fourteen-second victory. A double-win looked on the cards as he sliced his way to the front already on the opening lap of race two, but two slips cast him back to fifteenth before a remarkable recovery as he consistently lapped faster than the eventual winner to end the day second on the podium. His brother Sacha wasn’t racing today as his wrist is still painful.

In the EMX250 Quentin Prugnières also show terrific pace in the shadow of the Dolomites as he pushed his KX250 from twenty-seventh to thirteenth after spinning at the gate in the first EMX250 moto. The second one wasn’t better; after a start in the pack Quentin never found a good rhythm and cross the finish line in seventeenth position.

Lucas Coenen: “It feels good to be be back winning again but of course I’m disappointed not to take the overall too even though I am still on the podium. I managed to pass quickly from third for the lead and made a big gap in the first race and I could soon take the lead in the second moto two, but then I fell two times. “

Quentin Prugnières: “At the first start I slides on the metal plate and then I was able to come back thirteenth which was not so bad. Second moto was different, the start wasn’t so good and then I never found a good rhythm and struggle to make more passes. Disappointed with this moto, and already focus on the next one. 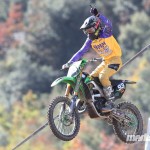 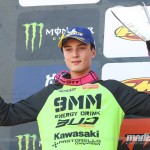 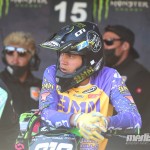 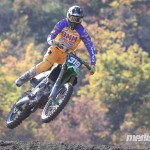