The World Championship stopped last weekend in Lommel, for the most demanding round of the season. With its deep sand the Belgian track is one of the most difficult track, and when you have four different classes in action during the weekend it’s even worse than you can imagine!

For the fourth time in his young career Brian Moreau was visiting this track where he got a podium result in the 125 class a few years ago, but his weekend didn’t start that well this year. He was penalised during the timed practice period and lost his tenth position. Twenty-eight behind the gate, he couldn’t get a decent start but his race was solid as he came back eleventh at mid period; then believe it or not he hit a big stone – not sure there’s two stones in the sand at Lommel – and damaged the bike, forced to retire! He will get his revenge in the second heat, as he did a solid race to score a eighth position, his second ‘top eight’ result after Loket one week ago.

As always it’s a new track and new conditions that our American rider Mitchell Harrison discovered this weekend, always happy to travel all over Europe. Mitchell will learn a lot watching the best sand specialists and his results will be better and better all weekend long; fourteenth in the qualifying race, he will score a twelfth and a thirteenth position despite an early crash in race two. The track was rougher than ever, but he came back from twenty eighth to thirteenth. Next race for Mitchell & Brian will be the GP of Italy (Imola) in two weeks time.

This week-end, the GP structure and BUD racing staff will be at big youth event named « Rookies cup» with Quentin Prugnières and the 500 kids racing this event ! 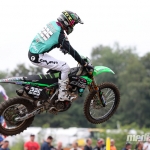 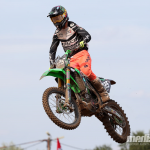 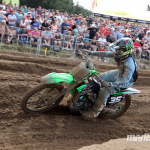 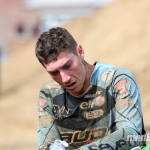 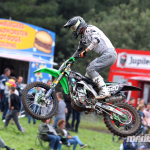