Starting the season after all his rivals, Mitchell Harrison improves his results through the season and is now in the top twenty of the FIM World MX2 Motocross Championship, while Brian Moreau shows regularly his impressive speed but struggles to confirm his potential during the races.

With two back to back races in Italy (Imola) and Sweden (Uddevalla), no one had time to relax inside the Bud Racing Kawasaki team with a lot of travels and races under hot conditions. The artificial track built inside the ‘Autodromo Enzo e Dino Ferrari’ didn’t really suits to our boys as Mitchell put a few points (five) in his luggage while Brian didn’t got any even if he shows good speed with a second position in the timed practice period! Both had a better feeling with the natural track of Uddevalla, and once more Brian was one of the fastest MX2 guys on Saturday with a fifth position in the free practice session and a third in the timed practice period! His gate pick for the races was not that good with a fourteenth position in the qualifying race, while Mitchell who always need time to learn the tracks he discovers each weekend scores a nineteenth position. On Sunday Mitchell Harrison once again rode two good races after poor starts. After chasing forward to fifteenth in moto one, he made a series of solid moves in race two to advance from eighteenth on the opening lap to tenth at the finish to claim thirteenth overall. Scoring points in seventeenth of the last eighteen motos, Mitchell is now seventeenth in the standings and can enter the top fifteen with two more races to go (Turkey and China). Brian Moreau again showed his speed when he outfoxed the series third-placeman in a race-long duel in race one to advance from fifteenth to twelfth. He got another decent start in race two, but crashed out of thirteenth early in race two and didn’t score points.

In the final round of the European 250 Jimmy Clochet struggles with the track and even if he qualified he couldn’t take points and ends the series in fifteenth position with a second position in France as best result of the season.

Mitchell Harrison: “We continue to work with the team on the settings of the bike, and I feel more and more comfortable. We made another step in the right direction, we’re working to prepare next year as I get more and more used to the tracks in Europe. We have two more GP’s to go and I will do my best to show what I can do in Turkey and China.”

Brian Moreau: “It’s so frustrating to show good speed in practice session, and not being able to confirm in the races. I make too many mistakes and again crash this weekend in the second race; the first one was good as I charged to come back twelfth, just behind a group of riders fighting for the seventh position. In the second one I was eleventh when I crashed after two laps, not easy at the moment to keep focus during the races.” 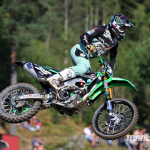 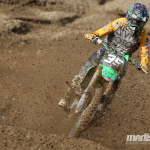 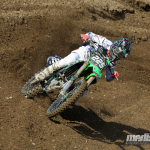 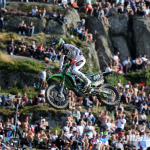 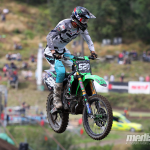 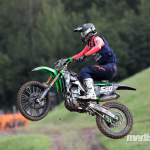