Team 9MM Energy Drink BUD Racing Kawasaki was racing ‘at home’ this weekend, as the penultimate round of the French Elite Championship took place at the Bud Racing Training Camp. On one of their training facilities the Bud riders got great results, as Lucas and Sacha Coenen dominate once more the Junior class while Quentin Prugnières won his first race in the MX2 class.

For the second year in a row the Bud Racing staff was involved as an organizer, and once more it was a great success! Sun, nice racing, many spectators, everything was there for a succesful event.

For the fourth time this season Lucas and Sacha Coenen dominate all their rivals in the Junior class, and consolidate their positions – Lucas first and Sacha second – in the championship. This weekend Lucas was the boss as he won both motos; fastest rider on track in both races he got of course the overall win and is now a strong leader of the series before the final round scheduled in Villars sous Ecot. During the timed practice session Sacha did an incredible performance as he posted the fastest lap 1.7 second ahead of his brother and 3.5 seconds faster than the third rider! He got the holeshot and lead the opening race during a few laps, but Lucas won twice and with two second positions Sacha scores important points for the championship.
Single representative for the team in the MX2 class, Quentin Prugnières had a bad and a good race. Forced to retire in the first race he took his revenge in the second one as he won it despite a bad start! It is the first win in this class for Quentin, an important step in his young career.

Next races for the team:
Double Women GP for Amandine Verstappen in Turkey on September 4th and 7th
Final round of the French Elite on September 12th in Villars sous Ecot

Quentin: “I had a good feeling with the track all day long, but it was not that easy for the races. I was fourth in the first race when I was forced to retire, and in the second moto I missed a good start! I never give up to come back and win the race, what a good feeling!” 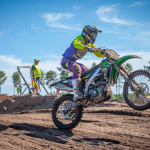 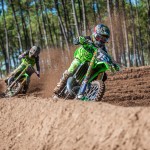 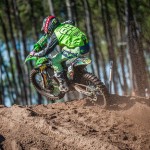 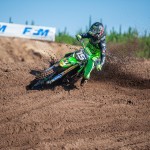 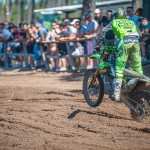 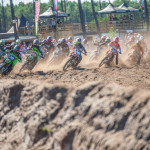