Mitchell Harrison scores another top ten result on his Bud Racing Kawasaki for the final round of the World MX2 Motocross Championship on a purpose-built track just outside Shanghai, for the first ever MXGP of China.

a bad gate pick as he was forced to retire in the qualifying race, Mitchell Harrison ended his maiden GP season with tenth place overall in the GP of China. The American made a superb recovery to eleventh in the first moto after a first-lap error had left him last of the GP regulars. He added a solid ride in race two, and finish the MX2 world championship season in fifteenth position overall after scoring points in 24 of the 30 races as he joins the season at round four.

Team mate Brian Moreau qualified in sixth position after a strong race on saturday; he emerged from turn one just outside the top ten, and started to move methodically forward and by the finish had advanced to sixth. He started slowly in the first moto but fight to finish ninth at the chequered flag. A top-six start in race two offered promise of a fine conclusion to his GP campaign and he retained a top-nine ranking for five laps before overenthusiasm led to errors and his eventual withdrawal from the race following a crash.

Mitchell Harrison: “It was a fun weekend; it was a really good track design and dirt and it felt a lot like back home in Florida with the humidity. I was riding really good at the start of race one but I crashed; I came back really strong to eleventh. The second race wasn’t quite so good but I gave it my all and came away with tenth overall. Now I will fly back to the US until November where in come back to France for Paris SX & Team testing and then try to get down to Florida to train in the sand during winter time. I know what I have to do for next year; the fitness is there but I have to work on the little things which will keep me in the top five every week.”

Brian Moreau: “It was a long season and it felt even longer for me as I didn’t get the results I was expecting. This weekend was a mixed one with a good result in the first moto but a DNF after a crash in the second one. I was surprised to find such a track in China; in the second race I got a good start and raced with the fastest riders during the first few laps, but I’m not used to that. I tried to follow them but it was not possible and in the end I crashed. I learnt a lot from my mistakes this year and I will try to keep that in mind for the future. » 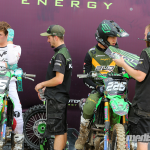 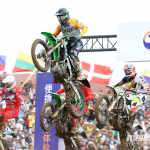 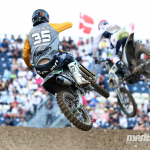 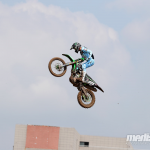 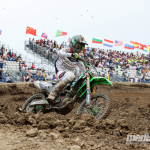