Quentin Marc Prugnières narrowly missed his first podium for 9MM Energy Drink BUD Racing Kawasaki in the FIM European EMX250 Championship, and for the second round in a row he confirms his potential with top six results in France.

Racing in front of his home crowd, Quentin surged to his best-ever result in the first moto which was run in dry conditions before the mid-afternoon storm. Already impressive during practice as he earns third-choice of start-gate, the teenager found himself closed down off the start to complete the opening lap twelfth but was soon on the move, breaking into the top ten on lap three and continuing to push for an eventual fourth place, just six seconds behind the winner. On Sunday he again made life tough for himself with a moderate start to race two which left him ninth at the completion of the opening lap. He moved relentlessly forward during the twenty-five-minute-plus-two-lap race, eventually taking over sixth two laps from the finish to claim fourth overall, just three points shy of the podium, over the weekend. However, his thirty-three points haul sees the French youngster advance to seventh in the series standings, just sixteen points from third, at the halfway stage of the championship.

The weekend was not as good for teammate Eddie Jay Wade, who qualified in the top ten with an eight position on a dry track. In race one an early fall left Eddie down in twenty-fifth but the English youngster persevered to advance to seventeenth at the close. Sunday was pretty similar for Eddie who was second at the start but then cross-rutted halfway round the opening lap to finish thirteenth.

Quentin Prugnières: “It was a pretty solid weekend and I got my best result of the season here with a fourth overall. My first moto was good; my start was not really the best but I was able to come back to fourth. My second start was similar but I was not riding quite so well as yesterday. But I feel that there is a good evolution in my riding, especially on a track like this which was so rough due to the rain. The public was incredible; they supported me all race-long and I did my best to score a podium for them and the team.”

Eddie Jay Wade: “The weekend started confidently with P8 in Timed Practice so I knew I had the speed even though the lap wasn’t the cleanest. I was in the top-ten in the first moto until I had a small crash and I rode tense after that. I came out this morning feeling, ‚new day, clear day’ and I nearly got the holeshot. I wanted to pass quickly for the lead and was too aggressive; it was a stupid mistake and I crashed down to twentieth or so but I came back to thirteenth. There were some positives to come out of this weekend; I just need to repeat the good starts and stay up there. “ 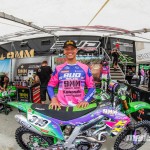 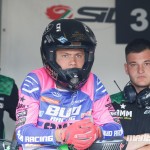 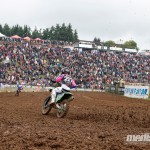 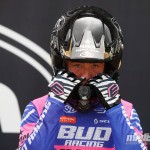 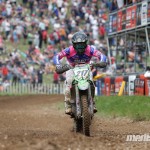