Quentin Prugnières scored the best result of his young career for 9MM Energy Drink BUD Racing Kawasaki with sixth overall from a 5-6 moto scoreline in the fourth round of the FIM European EMX250 Championship. Amandine Verstappen was unfortunate as after finishing first race moto in top 5, she collided with another rider during the second heat of the Women World Championship.

Quentin already show good speed in the previous rounds of the series, but due to mistakes and crashes he hasn’t been able to show this with his results; finally at Riola Sardo he put all the ingredients together! On Saturday he pushed forward from his best start to date in the first moto to convert eighth on the opening lap into fifth at the finish and followed this up with another impressive charge during the second moto on Sunday morning as he advanced from twelve to sixth. Sixth overall, he is now eighth in the standings.

Teammate Eddie Wade had less joy at the start of the two motos to find himself thirtieth and twenty-third on the opening laps but the English youngster pressed on throughout both motos to narrowly miss the points as twenty-first finisher on Saturday before claiming two points for nineteenth on Sunday despite a mid-race fall which cost him twenty seconds.

Amandine Verstappen started both motos in the top three, and she quickly settled into a solid fourth place in the first moto and maintained that position until a surprise attack pushed her back to fifth on the final lap. Another electric start in race two on Sunday morning opened up the possibility of a podium finish but those ambitions were nullified halfway round the opening lap as she collided with the championship leader when their lines converged on the exit from a sandy turn; the impact threw Amandine over the bars and, badly winded, she received medical assistance for several minutes before returning on foot to the paddock.

Quentin Prugnières: “I had two solid motos this weekend. The second moto was more difficult as I ran off the track and lost four positions when I was ninth, but I had a good rhythm to come back to sixth. It was a decent weekend – a step forward – but of course we expect more and we are already focused on the upcoming races.“

Eddie Wade: “Sand is not my strong point as we saw this weekend. The heat was no problem as I live in Spain – in fact my fitness is good and I was still fresh at the end of the motos as others felt the heat – but I just need to work on my sand technique and ride it a lot more. I started to feel good in the motos but I made a silly mistake as I was closing down the top ten in the second moto which cost me points. “ 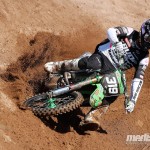 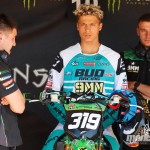 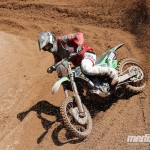 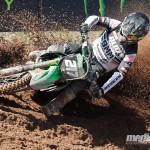 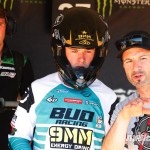 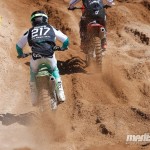 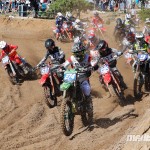 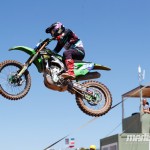 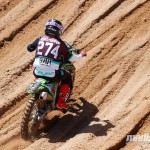