The 125 European Championship was back to action last weekend in Italy, with three rounds organised during one week. Quentin Prugnières showed good speed, and ends his week in Faenza with a fourth position, less than two seconds from the podium!

Non qualified for the opening round of the series in Great Britain, Quentin Prugnières was much more competitive in Italy as he scores points in all the six races of the week. This week started with a great result as he was the fastest rider in the timed practice session, posting his first pole position in EMX125 and scoring an 11th and a 5th position in the races. On Wednesday for the second round he wasn’t able to improve his results, with a poor start in race one as he had to come back from 33rd to 18th, and later score a 7th in race two. Last Saturday was his best day, with a fourth position behind the gate, and a 9th and a 4th in the races; this last race was exciting as he came back from 19th to 4th and finish so close to the first three riders that he misses the podium for less than two seconds! He is now eleventh of the series, with five more rounds to go.

The team and his 250 riders were also at the Kenny Festival in Reygades (France) an important mass event for the riders, the fans, our partners and customers. Both Pierre Goupillon, back racing after his injury in Latvia and Lorenzo Locurcio were involved in the Pro class mixing 250 and 450; Pierre scores a 4th overall and Lorenzo a 7th finishing 1st & 2nd in the 250 class, two good results before the final round of the French series this weekend in Rauville la Place (north west of France).

Quentin: “I knew what to expect in the European 125, as I was following Brian (Moreau) in the past and also some other Frenchies, I knew that EMX125 championship was a challenging class for my first year in this class . Coming to Faenza I had some apprehension as I didn’t qualify in UK, and finally I was the fastest on the track so I was more confident for the races. The track was different each day, but it was top and I’m happy to end this week in Italy with a good result, just missing the podium for a few seconds. In this race it was important to race aggressively during the first laps to make passes, and I could do it. It was my best day so far in the series, we worked hard with the Team’s coach Thierry (Van den Bosch) after the lockdown to get these results.” 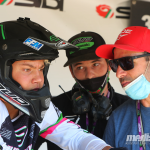 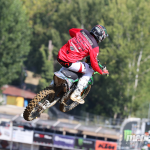 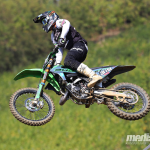 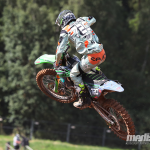 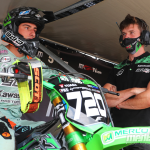 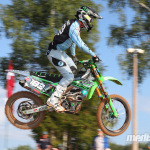 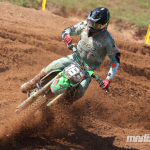