During his first season in the 125 class Quentin Prugnières confirmed his potential, as he claimed the 125 French title at only 15 years old and confirmed the expectations of Stephane Dassé and the Bud Racing Kawasaki team.

Not so many riders claimed the 85 title and just one year later the 125 one, but this weekend Quentin entered in the history of French motocross! Leading the series coming to Rauville la Place, Quentin did a strong opening race as he increases his leadership with a second position ahead of his last rival for the title. His second moto was even better, as despite a bad start he won the race to clinch the title with panache.

The final round of the French MX2 was also at the program; posting the fastest lap time and taking the Holeshot, Pierre Goupillon was the boss in the first race during most of the period, but a crash with two laps to go relegates him in fourth place. More focus in the second race he missed a good start but came back second to secure the fourth position of the day and, more important, the third position in the championship despite missing round #2 due to injury. It was a tougher day for Lorenzo Locurcio, who was hit by other riders during the first lap of each moto; Lorenzo never gave up, coming back from 31st to 11th in race one, and from 40th to 8th in race two. What a strong ride from him!
This week the Bud Racing Kawasaki Team will move to Mantova (Italy) for another triple GP within one week; three rounds of the European 250, and also one round of the European 125 will be at the program.

Quentin Prugnières: “Happy to get the title, just a shame that I missed both starts this weekend! I was able to come back twice in the pack; I’m now use to this 125 class, today I had a lot of fun riding the 125 and the results were good. We’ll continue to work, to get some great results in the European championship.”

Pierre Goupillon: “I missed the heat win in moto 1 when I did a mistake with two laps to go, always frustrating to lose a race due to a stupid crash in a corner. Between both motos we worked mentally with Thierry to prepare the second race, but I missed a good start as I did a wheelie; I was eighth and came back second, and then joined the leader. Happy with this second moto as I didn’t do any mistake and posted the fastest lap, I will go to Italy confident.”

Lorenzo Locurcio: “A tough day for sure, things were out of control as in the first moto some guy cut the track and hit me, I went down. I run out of tear off in the second lap, came back eleventh with the fastest time in this moto. Second moto some guy came from the inside and hit me, we went down and I came back from last to eighth. Speed was good this weekend, just unlucky and now I’m very excited to be in Mantova.” 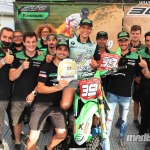 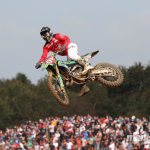 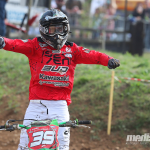 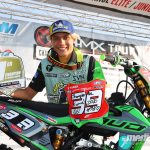 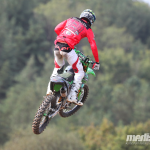 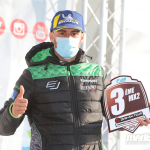 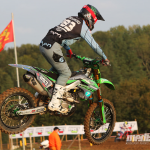 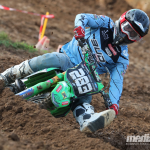