BUD Racing Kawasaki’s Mitchell Harrison overcame adversity to put in two gritty points-scoring rides in the Dutch round of the FIM World MX2 Motocross Championship at Valkenswaard.
Never in the past this track has been so rough and demanding, as heavy rain ruined the Dutch sandy layout during the week. Our American used his tenth-placed gate pick from Qualification to secure his best start of the season so far, advancing methodically from a first lap thirteenth to eleventh mid-moto before a slip in the heavy going cost him two places but the set-back could not dampen his enthusiasm and a tremendous surge through the final five laps secured a deserved tenth at the chequered flag. The innocent victim of a collision involving a number of riders at the start of race two which cost him more than a minute he showed great spirit to maintain his lap times throughout the thirty-five-minute race to add a further four points to his championship score, missing the top ten overall by just a single point.

The weekend was not that good for Amandine Verstappen in the WMX and Pierre Goupillon in the EMX250. Amandine was sixth of the first race before she staled the engine in the penultimate lap, and crashed during the opening lap of the second heat. Crashes also ruined the weekend of Pierre Goupillon, who collided in the air with another rider who changed his line during the second moto and cut his noose in a spectacular crash. Pierre was unlucky in the first race as he crashed while he was in third position; he couldn’t take his bike immediately due to the traffic, restart thirtieth and came back twentieth.

Mitchell Harrison: “This weekend was another step in the right direction. The track was actually a lot of fun; it was deep but I enjoyed it. You know, these first two races were hard, but we’re in Europe and that’s normal. I had a good ride in the first race for tenth, but the second moto was hard work; I crashed in the start and again later in the race. Each weekend is getting better and better; I’m out there trying to have fun and we’ll see where it takes us. “ 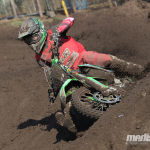 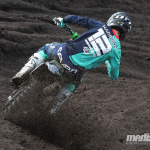 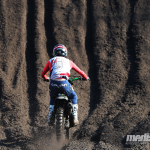 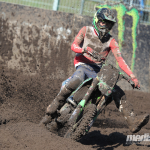 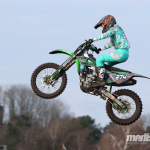 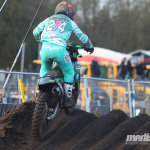