Belgian Amandine Verstappen was the best BUD Racing Kawasaki rider in Great Britain, where the Motocross World Championships kick off. It was a hectic weekend, as the weather was typical British with rain, wind, snow and hail on Saturday.

In all classes the riders just had one session instead of two, and on a slippery track Amandine got the seventh gate pick. The Belgian rider started well in the first moto to hold down a strong third position in the early stages until she fell victim to the conditions. The track was in better conditions on Sunday for the second race and Amandine raced to a solid fourth place; fifth at the start she executed a hard but fair pass at half-distance to narrowly miss the moto podium. US champion Jordan Jarvis, a BUD Kawasaki guest starter for the weekend, found herself nearly last of the forty starters after an early incident in the tricky conditions. Setting leaderboard lap times in traffic the American advanced consequently to earn a deserved seventh place at the chequered flag. On Sunday she moved quickly from tenth to dispute sixth with an ex-champion until an error on the final lap pushed her back to thirteenth.
In the other classes it was a day of fluctuating fortunes for the BUD Racing Kawasaki riders.

Mitchell Harrison faced a long chase in the opening moto after an early fall but eventually advanced twelve places for a twenty-fifth-placed finish. Avoiding problems during the hectic early laps of race two he converted an initial twentieth into fourteenth at the finish. Last but not least, Quentin Prugnières failed to qualify for the opening round of the European 125 championship.

Amandine, Mitchell and Pierre Goupillon are training this week on sandy tracks in Northern France, in order to prepare the MXGP of the Netherlands with three classes – WMX, MX2 and EMX250 – at the program. 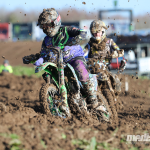 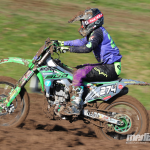 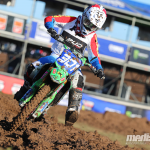 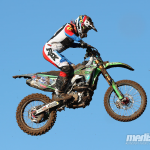 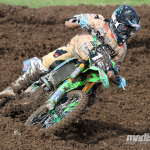 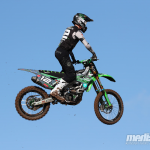 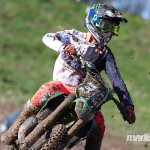 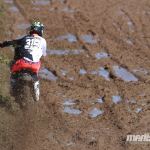