BUD Racing Kawasaki’s Lorenzo Locurcio ended the season seventh in the EMX250 Motocross Championship, while Quentin Prugnières ended eighth in the EMX125 after the final rounds at Lommel in Belgium.

The Venezuelan, who joined the team and the series during the summer and had thus missed the opening round in March, quickly settled into his new environment and strung together a number of impressive performances, highlighted by three moto podiums plus a third place overall at the sixth round of the series in Italy. Despite no previous experience of the tortuous deep sand he faced for the final two rounds at Lommel he displayed admirable resolve to post top-fifteen finishes in each of the four motos (12/15 and 14/10), showing improvement each time to secure tenth place in the last race of the series and a seventh in the final championship classification

Quentin Prugnières ended the season with his best result, always scoring his best race during the second moto! Eleventh overall (14/8) at the first Lommel, Quentin was stronger during the final round of the series with a seventh overall (14/4) and a great second moto in the deep Belgium sands. For his first season in the 125 class, Quentin secures an eighth position overall, best “Rookie” of the class.

In the EMX250 Pierre Goupillon was eventually classified twenty-first in the final series standings after a season interrupted by injuries. The Frenchman sat out the three final races after suffering a dislocation of the knee for the second time in a fortnight at the penultimate round on Saturday; he faces an operation in November.

Lorenzo Locurcio: “I had a big crash on Tuesday during the qualifying session and hurt my ankle; after that it was a struggle. I had a lot of pain all day but my tenth place in the second race secured my seventh place in the series. My thanks to BUD Racing and Kawasaki for giving me the opportunity to race the series.”

Quentin Prugnières: “It’s great to end the season with a good result, finally! It was a tough event, the most difficult races for me as the track was rough but finally I had some fun for my first time here at Lommel. I am just disappointed as I didn’t get any podium this season in the EMX 125 after my French 125 title.” 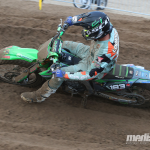 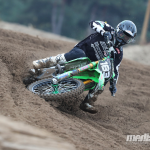 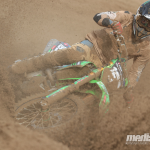 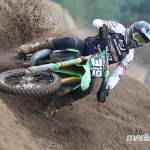 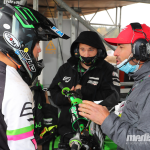 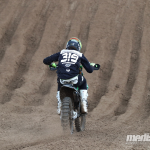 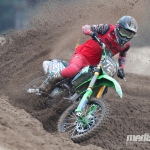