And one more! This weekend Amandine Verstappen offers another French title to team BUD Racing Kawasaki, while Lorenzo Locurcio got a second-placed moto finish in the eighth round of the FIM European EMX250 Motocross Championship, where he scores more points than ever this season. In the 125 class Quentin Prugnières also claimed at the intu-Xanadu entertainment complex near Madrid his best result of the season with a fifth position overall.

After a double win in Fublaines a few weeks ago, Amandine was again dominant in Ecublé as she won both motos to stay undefeated this year. For sure it was a short championship with only two rounds, but Amandine won all the motos to get her second consecutive title.

In Spain, fifteenth out of turn one in the first moto Lorenzo was already through to eighth by lap two and, posting lap times in the same window as the leaders, took over sixth place four laps from the end but he had no opportunity to advance further as the riders ahead of him had escaped early in the moto.. Advancing rapidly from a better start in race two he had stormed to third place within two laps; the race-long leaders had already sprinted ten seconds clear but the ebullient Venezuelan once again maintained his momentum, taking over second place with a thrilling pass three laps from the end to get his best season result with a second place in moto 2 ! he misses the overall podium by just a single point. He has consolidated his seventh place in the championship standings prior to the two final rounds next week in Belgium.

Pierre Goupillon run top six for most of the 1st race but made a mistake and crashed at the end of the race; his bike was damaged in the impact and forced him to continue at a significantly reduced pace simply to finish the race and collect a single championship point. Once more gating inside the top five in race two his luck ran out already on the opening lap when he was involved in a further collision and was last when he rejoined the race; at the finish he had charged through the pack to eleventh place.

In the 125 class Quentin Prugnières did his best performance of the season, thanks to better starts than usual. Tenth after the opening lap in the first moto, Quentin did a strong race to come back sixth; with a better start in moto two, as he was seventh in the opening lap, Quentin had a great rhythm in this moto and scores a fourth position, only five seconds behind the race winner! Fifth overall, our 15 years rider is now ninth in the standings during his first season in the 125 class.

Lorenzo Locurcio: “My start was not the greatest in the first moto but I came back to sixth. In the second moto I got a better start around tenth position and came through to second after a big charge and a lot of passes. It was a good weekend; I’m happy to get my best moto result of the season with a second place but I’m a little bit disappointed to miss the podium by just one point!”

Pierre Goupillon: “The timed practice session was OK with the eighth position and in the first race I was sixth for most of the race but with two laps to go I crashed together with another rider. Unfortunately my front wheel was damaged; I tried to fix it again but I had to slow down to finish the race. Second moto I was third from the start but in the fourth corner I collided with another rider again. I was last to restart and came back to eleventh; it was not really what I was expecting today.”

Quentin Prugnières: “It was a pretty good day for me, and it could have been better with better starts. We’re working on starts, today I was more consistent than in the previous races and got my best result of the season. Now the goal is to do even better in Lommel for the last two rounds of the series.” 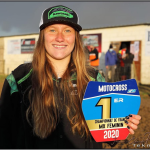 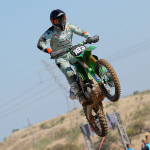 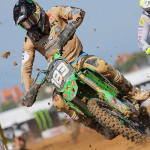 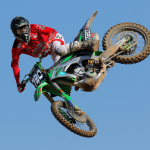 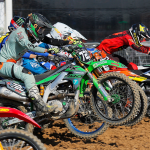 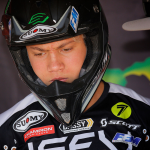 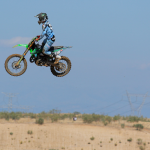