The third and last MXGP of the ‘East Tour’ offered some good moments to team Bud Racing Kawasaki, with a top eighth result for Mitchell Harrison and a great Saturday for Brian Moreau. They have now ten days and a French Elite next weekend to finalize their preparation for the long trip to Indonesia!

Home of a GP since more than twenty years now, Teutschenthal offered some novelties this year, as the FIM want to reduce the average speed on the tracks after too many injuries in the last World Championship rounds. The track was rougher and more technical as they didn’t flat it too much between the races, and the racing was better and more safe!
Mitchell Harrison had his best GP since joining the series in April as he claimed eighth overall with eighth- and tenth-placed moto finishes. And the American did it in style after gating sixteenth and eighteenth! A rapid series of passes during the early laps of race one saw him quickly through to ninth and after twelve minutes he advanced yet further to eighth, remaining unruffled through the closing laps as he successfully answered every challenge from the current world number three. Race two was less spectacular but equally effective as he made regular passes throughout the race.

The GP motos were less fortunate for his teammate Brian Moreau, who was excellent on Saturday with third-fastest in time practice. He got his career-best qualification race with a fifth-place finish, but was unable to post similar performances on Sunday as he fell on the opening lap of each race and miss the points. Youngest rider of the class Brian proves that he has the speed and the potential to score at least top ten results, but needs to be more patient during the first circulations.
Racing the European 250 Jimmy Clochet was also unlucky as he crashes early in both races; he had to retire in the first moto after jumping on another bike, and not much better for race two as he was involved in the start crash and came back twenty-one.

Next weekend the team will line up in the penultimate round of the French Elite championship, while Quentin Prugnières will enter the last qualifying race of the European EMX85 in Slovenia.

Mitchell Harrison: “I felt amazing all weekend and my riding showed that; I was just missing good starts to do even better. I’m so happy with my Bud Racing Kawasaki; the chassis, engine and suspension are really good and I feel I’m really learning over here! I had good speed all weekend and just kept pushing and pushing. It was a really good track, a lot like High Point back home in the States with a lot of ruts and opportunities to pass and suited my riding style; if you were smooth and patient with the track it treated you well but now we need to work on the starts. I’m really excited to head to Indonesia; I’m sure it will be a cool experience.”

Brian Moreau: “Saturday was a really good day! I had a good practice session which gave me the third gate pick; I know that I could have been even better as I made several mistakes. My jump of the gate was good in the qualifying race and after the first corner I came out fourth. I didn’t take any risks and raced most of the race in that position until Jacobi passed me near the end. The track was very technical; I didn’t make any mistakes on Saturday, but couldn’t repeat that on Sunday as I crashed early in both motos. That’s frustrating, I feel sorry for the team who put so much efforts and I learnt a lot this weekend.” 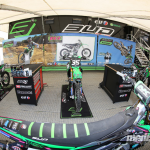 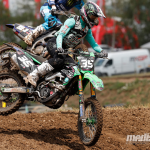 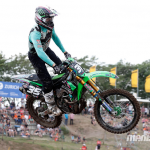 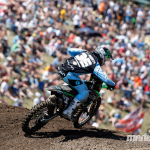 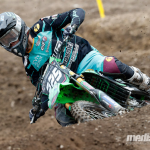 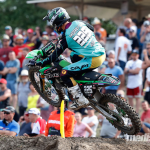 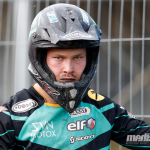 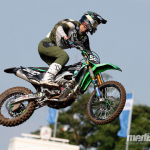 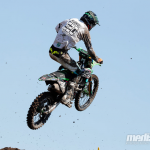