The fourteen-year old Belgian rookie, facing competition up to three years older, made the perfect start as he holeshot the first moto after qualifying fourth on the same second as pole at the glorious track in the shadows of the Italian Dolomites; he immediately raced clear of the series points leader to already hold a comfortable six-second lead after ten minutes and eventually take victory, together with the fastest lap, by sixteen seconds. Once more hooking up perfectly out of the gate in race two the teenager immediately raced clear; leading by two seconds already at the end of the first lap he was content to control that slender advantage through the slippery opening minutes before racing ever further clear during the second half to complete his perfect day with moto victory by seventeen seconds and again the fastest lap of the race. After a difficult start to the series in the summer the youngster has now closed to within four points of third in the championship and will be chasing not only more race victories but also an FIM medal in the series final at Mantova ten days from now.

In the EMX250 Quentin Prugnières wasn’t too lucky and just came back home with a few points. In the first moto he starts mid pack and was back in twelfth position when he had a crash and finish seventeenth; overtaking is so difficult on this track that you have to take some risks to pass. His second start was much better, but he was involved in a pile up in the first corner; back from last to twentieth, he was not really rewarded for his efforts.

Two more rounds for the EMX250 next Saturday and Tuesday at Mantova (Italy) where the EMX125 will also be part of the program on Tuesday.

Lucas Coenen: “It was a great first race, taking my first holeshot and leading all the way. The track was really difficult today with the bumps, tricky on some sections and it was not easy with the lapped riders but my bike handled it perfectly. It feels so good to go 1-1 to stand on the top step of the podium today; that’s what I wanted after I made a couple of mistakes in the second race on Tuesday. Now I’m looking forward to the final round at Mantova next week where I will try to get similar results. “

Stéphane Dasse: “We are super happy of course, a long time since the team won his last European Championship round! Lucas was strong today with two holeshot and two wins, the perfect weekend! For Quentin his results didn’t reflect his riding, just a shame that in the second moto he was involved in the pile up as he finally had a great start. We keep confident and positive; we hope to end the season at Mantova with great results to prepare 2022 in the best conditions.” 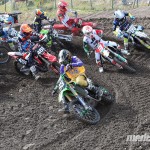 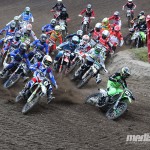 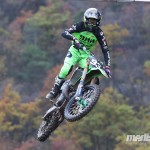 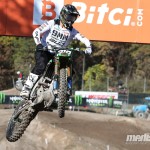 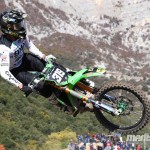