Lorenzo Locurcio claimed several race podiums at Mantova, and enjoyed his first podium celebration last Tuesday when he finishes third overall during the sixth round of the EMX250 Championship.

Three rounds of the EMX250 were at the program within one week in Mantova, and Lorenzo shows again tremendous tenacity in all races to score his best season results on the brand new 2021 Kawasaki KX 250. Seventh at Mantova 1, he did his best performance at Mantova 2; third in his timed practice group, he had his best gate pick since arriving in Europe and put in two scintillating rides through the pack after he was hampered at the first turn each time by other riders falling in his path. In both races he was one of the fastest rider on track, and came back fifth and third to secure that position in the overall classification. The third and last round was not as good but once more Lorenzo never give up to score another race podium and to advance in seventh in the series despite missing the first round in the Netherlands.

Team mate Pierre Goupillon was not as successful as he was involved in several crashes and could only finish two races in the top six position at Mantova 2 and 3. Pierre struggles with some race incident and crashes, suffers from an old meniscus injury and finally moves back home with a painful shoulder, however he will be ready to fight at Spanish MXGP next week-end.

In the Women World Championship Amandine Verstappen missed the first GP as she was at the opening round of the French championship; just two days after winning this race she claimed a seventh position at Mantova with a fifth and a ninth in the motos. She’s also leading the French women series.

EMX125 was also at the program last Sunday, and Quentin Prugnières at 15 years old scores top ten results with a ninth and a tenth to advance tenth in the standings. Poor starts reduces hois chances to fight for the podium but the speed and fighting spirit is here and he will go for more during the next races.

Lorenzo Locurcio: “I felt great on Tuesday with my best qualifying and two strong motos. Both races I had people crashing in front of me on the start and me hitting them so I had to come a long way through the pack. The track was good; it was really rough with lots of square edges so I could play a lot of the techniques I’ve been practising and it paid off. I never gave up and was racing all the way to the chequered flag each moto to make those late passes which gave me this first podium; it really gave me the chills seeing my Venezuelan flag up there! My thanks to BUD Racing and Kawasaki for giving me the opportunity to race the series. “

Pierre Goupillon: “At Mantova 2 I struggled with a damaged meniscus; it’s not a fresh injury, but a piece of bone moved and even if it was very painful I found a good rhythm all race long to finish sixth despite the pain with the knee. Then at Mantova 3 I had a good speed to come back sixth in the first moto, but the second heat was not that good; I was involved in a big pile up in the second corner and crash. I came back to seventeenth but in the waves section I hit a neutral and had a big crash; nothing is broken but my shoulder was so painful that I had to retire.”

Amandine Verstappen: “I raced and won a French championship round in Fublaines on Sunday and we came straight from there to Mantova for this race so there was not so much time to rest; I was pretty tired as Fublaines was a muddy race but I was happy to be back at the GPs! My first race was good with a fifth, but my second start was bad; I was outside the top twenty and it’s very difficult to pass here. I spent most of the race fighting with Papenmeier; I posted good lap times but I need to work on my starts as there’s still one round remaining in both the French and the world championships.” 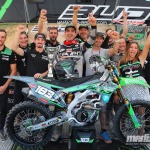 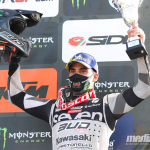 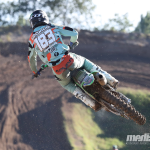 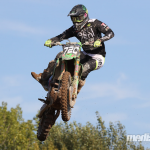 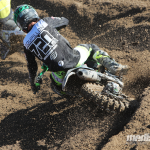 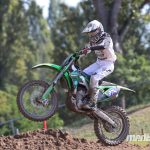 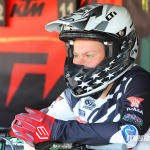 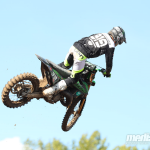 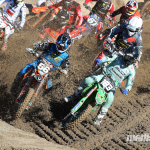 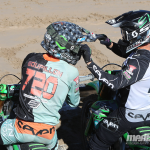